A friendly cashier and shidare-zakura

At a certain supermarket on the edge of Tokyo's Toshima ward, there works an especially friendly cashier. While other cashiers may balk at the sight of foreigners, this one doesn't: she always greets us with a smile and a hearty こんばんはー！(konbanwa! - good evening!), and lets us try out our rudimentary Japanese with her as she practices her (admittedly far more proficient) English with us. This friendly cashier is the one who hooked me up with my very first point card in Japan--a bit of a slippery slope!--and continues to give us helpful advice and tips.

It's April now, so many varieties of cherry blossoms have already fallen and given way to green leaves, but I still find myself thinking about March's beautiful blossoms. Last month, we saw some of the most unique blooms yet thanks to that cashier's advice: go to Komagome Station and visit Rikugien Garden. What I was expecting was what I had seen at places like Ueno Park: the Somei-yoshino (染井吉野「ソメイヨシノ」) cherry, the most widespread variety in Japan. (See one of my old Photo Friday posts about it here!) What we found at Rikugien was something markedly different...breathtaking, even, for nature lovers like me.

I didn't realize it before visiting, but Rikugien is known for its shidare-zakura (枝垂桜 「シダレザクラ」), or weeping cherry trees. There are a handful of these trees there, but the one pictured above is the largest (and the most popular, as evidenced by the crowd seen in the photo).

Constructed in 1702 by Yanagisawa Yoshiyasu, daimyo of the Kawagoe domain, the layout of Rikugien (六義園) was inspired by waka poetry. Today, Rikugien is appreciated as a typical example of an Edo period garden. During sakura season--roughly late March through early April--nightly illuminations are held until 9 p.m., featuring a gorgeous view of the sakura after dark. The people of the Edo period would have loved this modern-day take on hanami, and it's well worth the admission fee.

Yesterday we went back to the grocery store and chatted with that friendly cashier. We hadn't seen her since we had been away on a vacation outside of Tokyo. We told her we had taken her advice and visited Rikugien, and showed her our photos of the weeping cherry trees. 良かった！, she said with a laugh, giddy that we took her advice. In English, she told us that she had been waiting for us to return.

It's exchanges with everyday people like this that I'll miss when I return to America. True, we've made friends with people at places we frequent in the U.S. (Nina, Emi, and Chelsea at our favorite Japanese restaurant; Michael at the winery; Dave at the grocery store), but there's something different about making connections with people outside of one's home country. It makes the world feel smaller, somehow. When people say that Tokyoites are too busy for small talk or have no interest in chatting with foreigners, I think of the exchanges I've had with people--especially with my favorite cashier--and try to explain that that's not always the case. Japanese people can indeed be intimidated by foreigners, sometimes because they feel as though their English is not up to par. However, if you appear friendly and approachable, you might be surprised by the connections you make.

If you'd like to visit Rikugien Garden in Bunkyo-ku, it's is a short walk south of Komagome Station, accessible from the Yamanote Line and the Tokyo Metro Namboku Line. The standard entrance fee to the garden is ¥300 for adults.
Posted by merimeaux at 12:44 AM No comments: 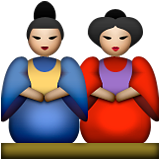 Leap Day in Japan: the realm of yokai?

Right now, it's February 29 in Japan--Leap Day, or 閏日「うるうび」--that strange inbetween day that only appears on calendars once every four years. Leap Day is a unique date that exists in the realms of both reality and fiction. If you're born on Leap Day, for example, how do you celebrate your birthday on non-leap years?  I have an aunt who was born on Leap Day, and we like to joke that she's only a teenager since her actual birthday only comes around every four years.

So what does Leap Day in Japan have to do with yokai? First, a quick primer for those new to the term: yokai (妖怪「ようかい」--also stylized as yōkai or youkai) are creatures of Japanese myth and legend, with an oral and written history stretching back for centuries. Only recently have yokai entered the Western public eye with such pop culture hits as Yo-Kai Watch, although other Japanese imports, including Pokemon, draw heavily from the urban legends and folktales.

As Michael Dylan Foster explains in The Book of Yōkai, yokai inhabit a sort of grey area between the real world and the unknown. Places like overpasses and intersections--figurative and literal bridges to other places--are prime spots for yokai to take up residence. While the West may view October 31 as the calendar date most associated with paranormal activity, I'd argue that February 29 is the true apex of the unexplained. Why, even in the Western world, Leap Day was historically viewed as a topsy-turvy "opposite" day of sorts, when women were permitted to propose to men (gasp!).

As you go about your business today, wherever in the world you may be, keep an eye out for strange happenings. With its existence both in the domains of tangible and intangible, Leap Day truly is an auspicious day for the unfamiliar and mysterious!
Posted by merimeaux at 11:31 PM No comments: